Let the newbuilds come. The jackup market is far from oversupplied.

We like to predict the future of the rig market.  That involves extrapolating current trends, looking at history, listening to what oil companies and rig owners are saying, and (admittedly) speculating sometimes.

But it doesn’t take a lot of speculating to conclude that the jackup oversupply theme is so 2016.

The offshore rig market has suffered through a four-year depression.  And all the while, the new-rigs-will-replace-old-rigs argument has been touted by nearly every rig owner (assuming they have new rigs in their fleet).

So far, that argument has proven itself right to some degree.  According to Bassoe Analytics, around 90 jackups have left the fleet since 2014, and the number keeps rising.  During the first six months of 2018, 31 jackups have gone.

On the other hand, if you look at the numbers, there are still a lot of old rigs drilling in various parts of the world (primarily the Middle East and India).  It doesn’t matter.  Old rigs are on their way out.  You can still fly a DC-9 from point A to point B and carry around a bag phone, but more and more people are taking Dreamliners and making video calls from smartphones. 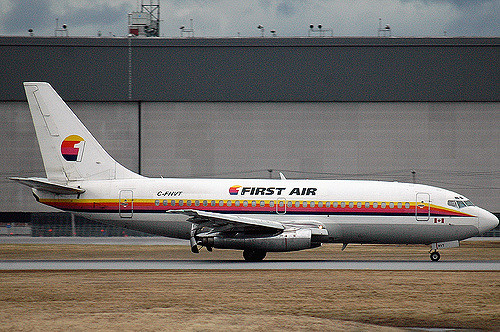 The DC-9 was good in her day, but new technology has taken over.

It’s almost hard to believe that, of the 285 or so jackups on contract today, 112 are 30 years of age or older.  In fact, 46 rigs (not including those we consider non-competitive) built in the 70s are still around – and 33 of them are drilling.

Sure, most of these older rigs have been upgraded to varying degrees of modernity, but they’re old.  Really old.  And, in most cases, they’re less efficient (less variable deck load, less hook load, lower capacities).  Although the cost of continued investments on these rigs may still be justified in some cases, any way you put it, 30– and 40-year old rigs are living hand to mouth.

The combination of years of neglected capital expenditure programs for new offshore projects (and subsequent falling offshore production), higher oil prices, lower exploration and development costs, and higher activity on the decommissioning and maintenance side will lead to an increase in the number of offshore rigs on contract over the next few years.

We estimate that within five years, around 400 jackups will be on contract.  That’s an increase of around 115 rigs compared to today’s level of demand and is right around the highs we saw back in 2014.

When the old rigs are gone, everything will change

Let’s stop questioning whether or not old rigs will leave the fleet and assume that demand moves toward 400 jackups on contract in five years.

This is where it gets interesting.

There’s a currently pool of 143 “competitive” jackups in the world built before 1990. Let’s say that just over half of them, or 80 rigs, leave the fleet by 2023. On average, that works out to an attrition number of 13 rigs per year.  The annual average for the last five years is around 18 rigs.

With the conservative attrition forecast (we think the number will be higher), jackup supply in five years will be virtually the same as it is now.  And this accounts for the current newbuild rigs under construction – even with the first few of ARO Drilling’s 20 planned newbuilds which are slated to start incremental deliveries in 2021.

The combination of this supply scenario with rising demand will push jackup utilization up to 85% by 2021 (or earlier).

Beyond that, the potential for an undersupply scenario exists.  While it may be unlikely to last because newbuilds would be ordered (although probably not on the scale we saw in 2011–13), sustained utilization at levels near 85% is more than plausible.  Or will rig owners be lining up at shipyards in 2023 to upgrade rigs built in 1979?

If 85% jackup utilization seems relatively certain, then a doubling of dayrates is too.  As this five-year supply and demand situation develops, dayrates will rise steadily until 85% utilization becomes a reality.  From there, a spike in dayrates will follow.

As supply and demand continue setting up the jackup market for a higher dayrate environment, we’ll see more more acquisitions of newbuild (or newer jackups).  Until now, Borr has led the way, and owners like Shelf have made efforts toward fleet renewal.  But there’s much more to come from other players.

The idea of a race to acquire new jackups would have sounded ridiculous two years ago.  It doesn’t now.

Data: Bassoe Analytics; Image attribution: main image is author's own; image of DC-9 by Caribb under the Creative Commons 2.0 License; image has been cropped