Noble announced today that they've exercised the option for the second PaxOcean CJ46 jackup, now called Noble Joe Knight.  This time the price is $83.75 million - $10 million less than the first rig they acquired in September 2018. Noble will pay $30.1 million in cash, with the remaining amount ($53.6 million) financed by the shipyard over four years.  Along with this, the Noble Joe Knight has been awarded a three-year contract with Saudi Aramco which is expected to start in Q3 2019.

What else can we say other than Noble's just done another great deal to renew their jackup fleet?  Bassoe Analytics currently values the first newbuild jackup Noble acquired from PaxOcean (Noble Johnny Whitstine) at $102–112 million. Noble will spend some money outfitting the rig in Singapore for the contract in Saudi Arabia, but they've still managed to secure the asset at a highly attractive price.

As we previously forecasted, Noble scrapped the 1981-built Gene House earlier this year, and will likely do the same with the Joe Beall which should be completing its contract with Saudi Aramco in April.

See Noble's updated fleet status below or click here to view it directly in Bassoe Analytics. 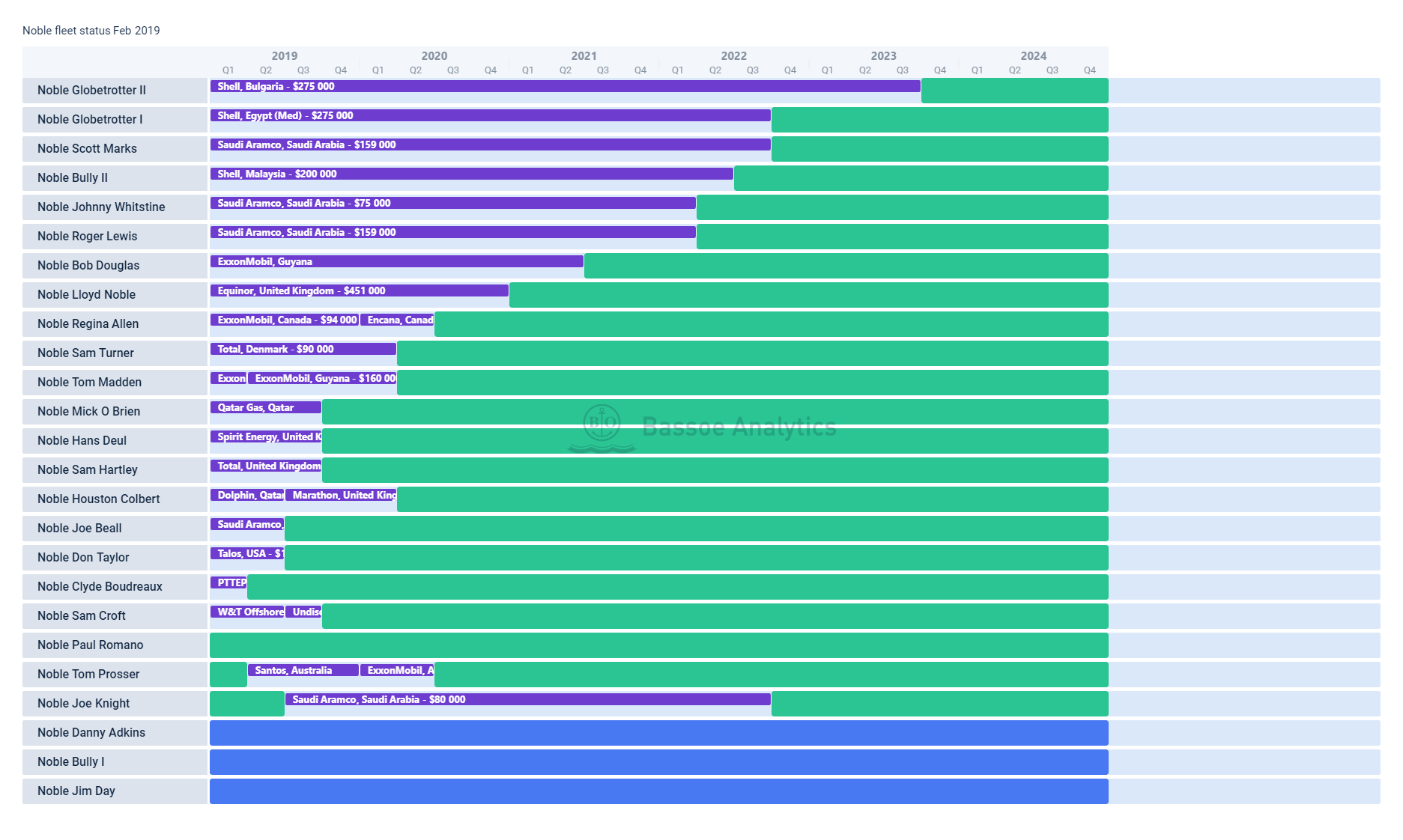 And for more background on the deal, read our original article from September 2018 here.