The next generation of harsh environment semisubs is on its way as the Norwegian oil industry takes a step forward in its quest for optimization and sustainability.

Norway, a global center of offshore drilling technology development and trendsetter in environmental regulations, has been playing around with the idea of the “perfect” rig for decades.  Each time one design seems to meet the latest requirements, the list of stuff operators and government authorities wish they had on their rigs grows.

It all started out as a pioneering attempt to drill in some of the harshest sea conditions on earth.  Rigs just needed to be able to work.  And they did.  From there, newer, better technical solutions were found and requirements became more stringent.

Over the years, as ambitions evolved, rig owners designed and ordered newer and bigger and more sophisticated rigs.  The best rigs in the fleet today offer unmatched power and efficiency.

Now, the Norwegian government and operators like Statoil – who has decided to change their name to Equinor to reflect their greener, more sustainable vision – have become more dedicated than ever to ensuring that offshore drilling rigs be as environmentally friendly, safe, and efficient (cheap to run) as possible.  And they won’t stop this crusade until they stop drilling for oil.

New operational mandates, which mark the latest disruption in offshore drilling engineering, will lead to a new generation of harsh environment rigs.

According to the Norwegian Petroleum Directoratet (NPD), the Barents Sea accounts for nearly two thirds of the estimated undiscovered resources in Norwegian waters.  This area is also one of the most pristine, unadulterated places on earth. 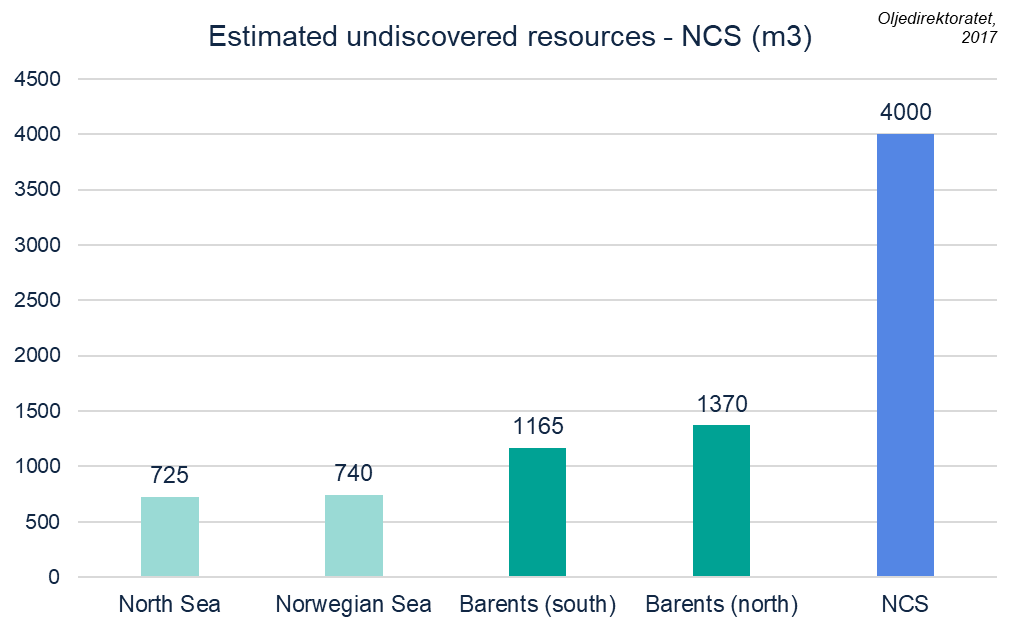 Norwegian authorities must balance their drive for sustainability and efficiency with their need to drill in more challenging areas like the Barents Sea.

While oil companies have drilled in the Barents for over a decade, operators are now expanding their interest into larger areas with tougher environmental conditions.  This will affect which drilling assets are preferred (or required).

That means rig owners must seek further advancements in winterization, reduced carbon emissions, and higher operational efficiency not only for the Barents, but for pretty much all of Norway.

Current rigs won’t disappear, but there is space for new generation rigs

New regulations won’t mean that all rigs currently operating in Norway will have to be replaced.  For now, it does mean the trend of older rigs being phased out will accelerate, and the existing “premium” rigs (the recently-built CS-60s, CAT-Ds, GVA 7500, and Aker H-6s) will secure longer contracts, at higher dayrates, in more challenging areas.

The expectation that demand in Norway will approach or surpass previous highs of 27 semisubs creates a scenario that supports the influx of next generation rigs into the market.  Based on data from Bassoe Analytics, we consider there to be only 27 competitive rigs that will be able to work in Norway over the next few years.  Of these, up to six rigs could remain outside of Norway.  That leaves only 16 rigs plus Awilco’s recently-ordered CS-60 ECO.

Over time, as the competitive supply of Norwegian-sector rigs shrinks, owners will order next generation rigs to meet new requirements. 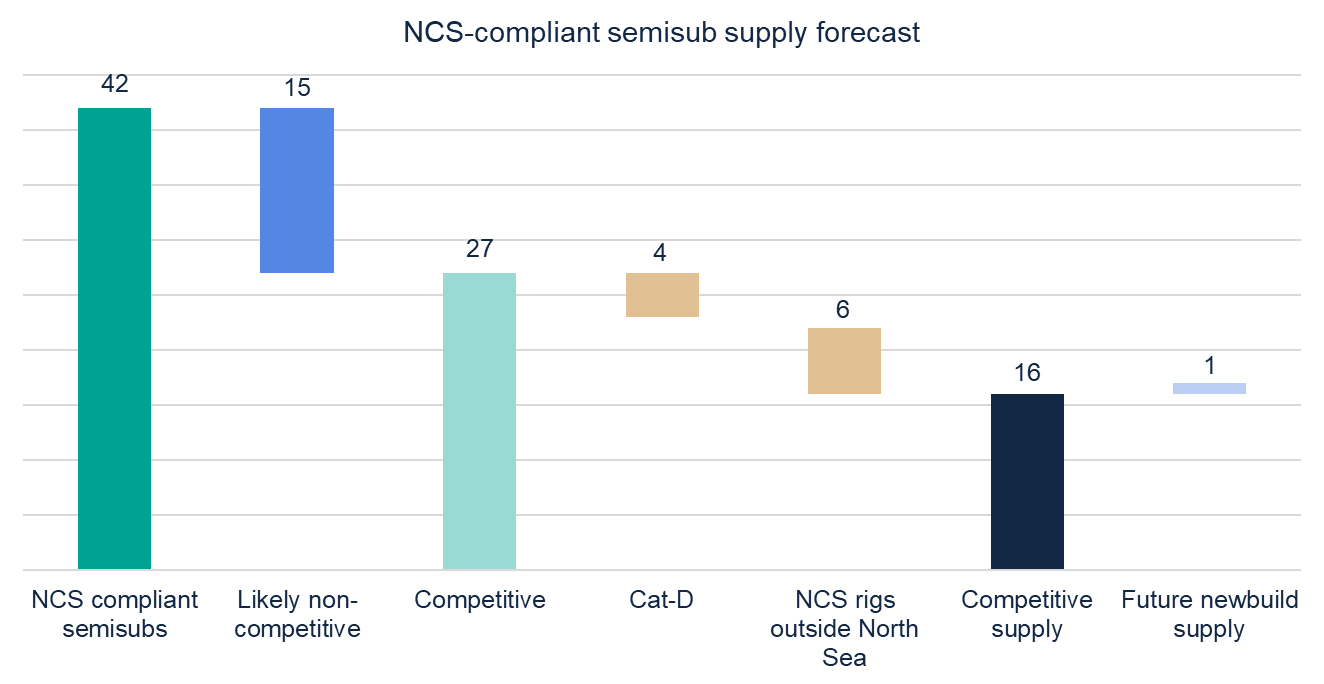 Future rigs will take technology to the next level

The most recent generation of harsh environment semisubs burn more fuel than they should and don’t work as efficiently as available technology could make them work.

For example, in rough weather, some of these rigs can’t fully operate their drilling equipment because power must be diverted to their dynamic positioning system (because their mooring system isn’t strong enough to keep the rig on location on its own).  That equals downtime, more fuel consumption, and higher costs.

These issues partly led to the development of enhanced designs like the CS-60 ECO which Awilco ordered from Keppel FELS in March.  They’re focusing on less extra “stuff” and more optimization for Norway.

While there will continue to be requirements for dynamic positioning (DP) in certain areas, future Norwegian-sector rigs are likely to forego DP systems.  They’ll go back to mooring systems like their predecessors (but better, and with thruster assist).  On top of that, they’ll add battery (hybrid) technology which allows excess power from the generators to be captured in batteries which can be used to run equipment using less fuel.  Lower emissions, lower costs.

Hull design and layout will play a key role.  The current latest designs are adapted for operations in both deepwater and harsh environment areas.  Because of this, they’re bigger and have higher displacement than they need.  Next generation hulls will be smaller and specified for midwater only, with mooring systems which perform better relative to hull size and weight.  Hull layout will be geared toward production drilling with the ability to handle horizontal trees on deck.

Next generation semisub designs for Norway are coming

Shipyards and rig designers are investing in next generation rig designs for the midwater harsh environment sector as it’s the only one likely to experience newbuild supply growth for the next few years.

With the Korean shipyards’ strategy to move away from offshore drilling rig construction, Singapore and China control the market and will compete for orders.  Although we don’t expect a newbuilding boom, we will see competitive pricing and more orders from established rig owners and new-entrant players through 2019 as the disruption in offshore rig technology continues.