The offshore rig market needed consolidation, and it got it in one mega dose. The merger between Ensco and Rowan will change the entire offshore drilling industry.

If Ensco had a goal to become the world’s most powerful offshore rig owner, they nearly achieved it today with their deal to merge with Rowan in an all-stock transaction.  The company will operate 28 floating rigs and 54 jackups.

After taking their first step into market consolidation last year in their takeover of Atwood, Ensco decided they were ready to execute a super-sized deal.  Rowan offered them just that.

Ensco hasn’t just become the largest drilling owner by assets.  They’re getting one of the most interesting and globally-reaching offshore rig fleets in the market with Rowan.  They’re getting the coveted ARO Drilling joint venture with Saudi Aramco (which owns another seven jackups and will build 20 more).   They’re getting synergies, economies of scale, and more control over an industry that has suffered from an overly-fragmented landscape and oil companies’ drive to cut costs. 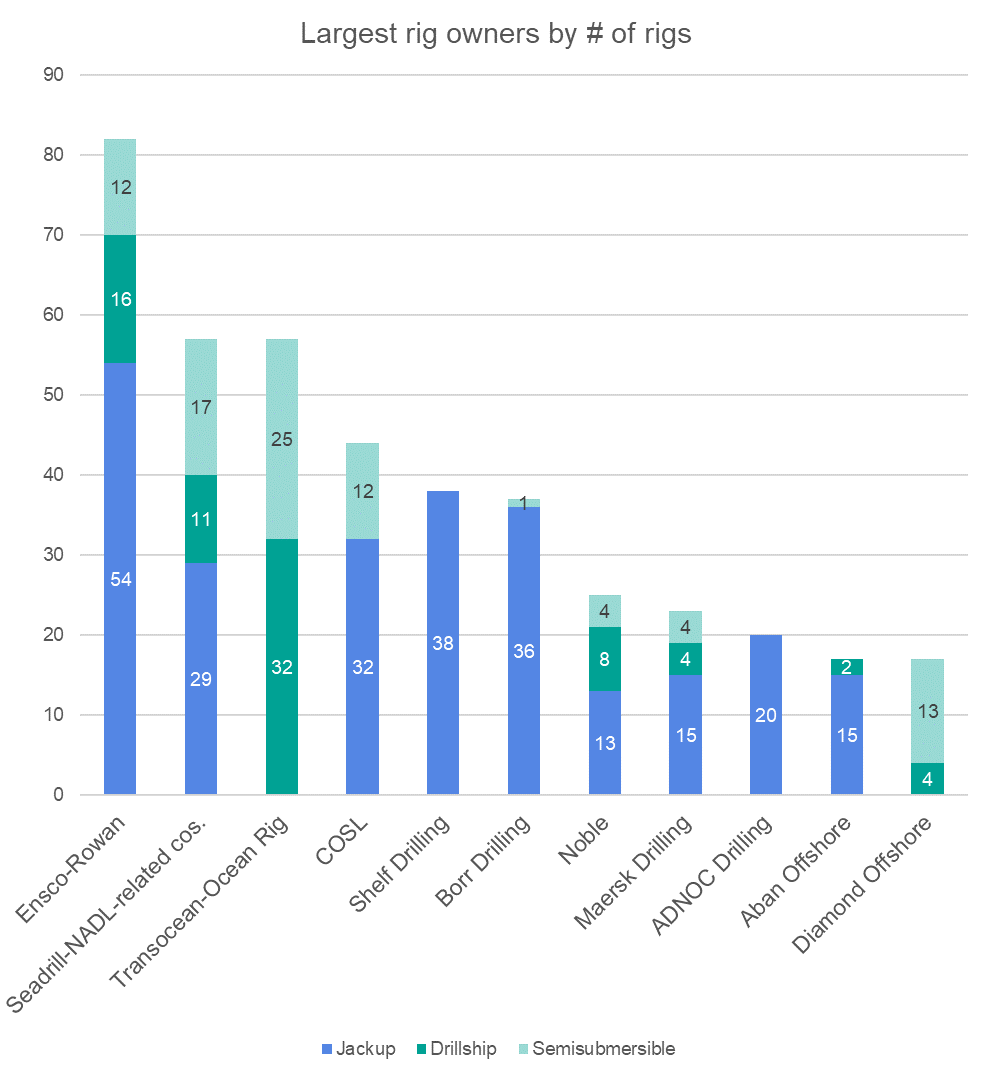 What’s next for the new Ensco?

The only thing that Ensco hasn’t gotten from this deal is access to harsh environment semisubs.  If there’s one place you want to be right now (and in the future) it’s in North Sea floating rig market with its imminent shortage of rigs and prospect of much higher dayrates.

Once Ensco rationalizes its new fleet, we wouldn’t be surprised to see them make a move into the segment.

And as part of their fleet rationalization process, we expect more scrapping and possibly further smaller-sized rig acquisitions.  Two of the jackups still listed in Rowan’s fleet, for example, the Rowan California and Gorilla IV are expected to be removed from the combined fleet already (they’re not counted in the 54 jackups Rowan referred to and will likely be divested shortly).  Ensco has at least four older jackups which could be retired soon too.

What does this deal mean for the rest of the industry?

It means that if you want to continue competing, you’re gonna need to do something.  As certain rig owners get bigger or more specialized (like Ensco and Transocean), others will find it difficult to maintain competitiveness due to their smaller size.

Everyone knew the offshore rig industry needed to consolidate, and it’s been a relatively slow process so far.  But every time more of it happens, it further alienates those who aren’t participating.

As the larger players gain the size to justify scrapping, they’ll set a higher standard for specifications, equipment, and efficiency that will allow them to continue building an advantage over others.

We expect that deals like the ones we’ve seen from Ensco, Transocean, Borr, and Northern Drilling (along with Seadrill) will not only entice, but force, more rig owners to rethink their strategy and become more proactive in a changing industry.

The offshore market is known to transform suddenly in a sort of hurry-up-and-wait manner.  Right now, it’s time for others to hurry if they want to keep their place in line.